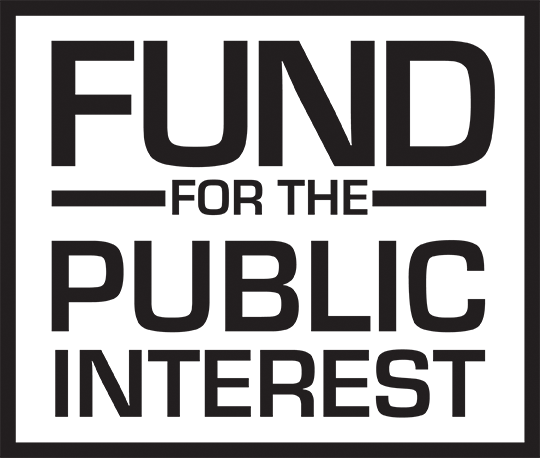 People power for the win

Together with our nonprofit partners, Fund for the Public Interest has a proven track record of success. Here are just two examples of the countless results we've helped win:

Environment America and the Fund: Banning the worst uses of bee-killing pesticides

Bee populations are dropping at an alarming rate, and neonicotinoids — a dangerous class of bee-killing pesticides — aren’t helping. That’s why Environment America launched its campaign to convince Amazon to save our best pollinators and remove neonicotinoid pesticides from its (virtual) shelves.

Environment America called on the Fund to go door to door to build the support needed to protect our bees from these pesticides. We knocked on doors and held thousands of conversations with people across the country, and they joined us in calling on Amazon to stop selling these bee-killing pesticides.

PIRG and the Fund: Moving our country beyond plastic

Each year, an estimated 16.5 million tons of plastic waste enter our oceans worldwide, much of it used just once before being thrown away. The best way to slash plastic waste is to stop using the plastic items we don’t need — but the companies that should be leading the way aren’t doing enough. Whole Foods, once an industry leader on plastic waste reduction, recently earned an “F” in an As You Sow report that ranks 50 large companies on their plastic waste policies. So, PIRG began calling on the supermarket giant to phase out single-use plastic packaging from its operations.

Since then, the Fund has been integral in helping PIRG build consumer support around this issue.

“The Fund helped us reach hundreds of thousands of people about the need to protect clean water. Their work was integral in passing the Clean Water Rule that protects drinking water for 117 million Americans and defending the rule against numerous polluter-driven attacks.”